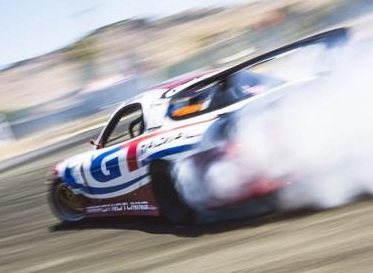 Drifting competitor Tyler Wolfson, who began running on GT Radial tires last year, provided the brand some valuable exposure this month with a cover photo and profile story in Wrecked Magazine, an online publication that chronicles the world of drift. 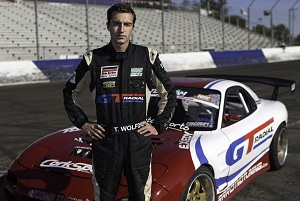 Concerning his car, Wolfson’s team has been making small adjustments to the suspension and alignment settings to gain more mid drift grip. They’ve also made a few modifications to add about 100 horsepower.

Wolfson, 23, who resides in San Diego, began racing competitively in 2009 after auto crossing. He immediately proved his talent behind the wheel by qualifying on pole and leading every lap to win the first wheel to wheel race he participated in.

“Wrecked Magazine is well-respected in the drifting world, so we were thrilled to be on the cover,” Wolfson said. “We’re really excited about the prospects of the coming season, like competing with better drivers in faster cars, and traveling the whole country skidding cars on our GT Radial tires.”

Wolfson added, “We’re in great shape as far as our tires are concerned. As a driver, it is extremely hard to find performance without sacrificing something. But my GT Radial tires seem to be the exception to that rule.”

He went on to claim Rookie of the Year honors and third overall in the Skip Barber MAZDASPEED Challenge with two wins and five podium finishes.

After becoming the overall champion in the highly contested Skip Barber MAZDASPEED Summer Series in 2010, Wolfson competed in other road racing events before setting his sights on drifting.