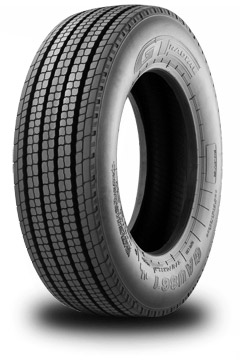 GT Radial has announced that it will debut its first all position urban city-bus tyre at its CV Show stand (A60) in Hall Five on 9-11 April at the Birmingham NEC. The GAU861 has a reinforced sidewall to improve curbing and impact damage resistance, the manufacturer says, while the new tyre will start with a 20.2mm tread depth. As well as promoting the new product, GT Radial says it will be presenting its commercial vehicle roadside service assistance programme, GT Assist, launched in December 2012.

In addition to increasing damage resistance, GT Radial says the GAU861 has been designed for comfort and reduced noise. It is also M+S marked, with improved traction in mud and snow conditions. The tyre will be available initially in size 275/70R22.5, and can be used in both steer and drive positions on both 4x2 and 6x2 configurations.

GT Assist operates throughout the UK and Republic of Ireland in collaboration with the 180 sites in the brand’s dealer network. It offers a maximum 90 minute response time, putting it on par with the best in the industry, throughout 365 days of the year.